My name is Maari Tamm, I am 32 years old and I am from Estonia. I am a software developer but this is not my first career. I have a bachelor’s degree in biology and I was working in a medical lab as a lab technician until the end of 2018. At first I worked with blood samples and later switched to cytological screening. That was an interesting experience and I enjoyed it, no doubt.

I spent around 6 years working in the lab until I felt like I wanted to give myself a new challenge. I had some interest in programming at the time so I thought, why not learn a bit about it. And well… it got me, I haven’t looked back since and I couldn’t be happier!

I went through a program called ‘Vali-IT’, that was meant for people who have already established a career in other fields but wish to build a new career in IT. That’s when I started learning Java and landed my first internship in Icefire, where I also landed my first junior developer job.

About one year later, I was accepted as an intern at Outreachy. I was an intern in the OpenStack Manila team and this blog was originally created as a part of the internship. That experience was just insanely awesome. I learned a lot, met a bunch of great people and it brought me some great opportunities. One of which is my current job at City Network!

So this is me, trying to build my career as a developer and sharing some stuff as I go.

Thanks for taking an interest! 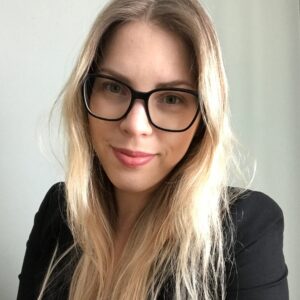 Here lives my personal blog about getting started in tech. Just me, writing down some things, so I can follow the steps again if need be. All newbie-friendly stuff! 🙂